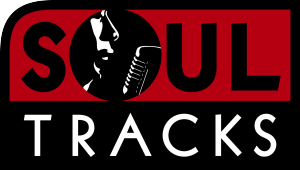 The collective gasp you heard halfway through the Grammy Awards broadcast on Sunday night was from the soul music community, aghast over what they had just witnessed. People were already getting a little ticky on Facebook and Twitter as performance after performance came forward on Sunday night with very little nod to soul, gospel or even jazz music.  Classic rock fans were in nirvana (no pun intended) as great bands like the Foo Fighters, Bruce Springsteen and the E Street Band, a reunited Beach Boys and even the Beatles (through two performances by Paul McCartney) dominated the stage with fine performances.  And the Grammys got it 100% right as Adele’s brilliant 21 received every award possible. Adele displays what is best in popular music and in 2011 she brilliantly culled elements of rock, country, folk and even some R&B into a cohesive whole that we’ll be talking about for years. But on a night when soul music legend Diana Ross was to receive a Lifetime Achievement Award, the current, vibrant form of her genre was completely ignored, with soul only receiving peripheral, historical half-nods in mini-tributes to Whitney Houston and Etta James.